10 movies you MUST watch in a hostel with your buddies! 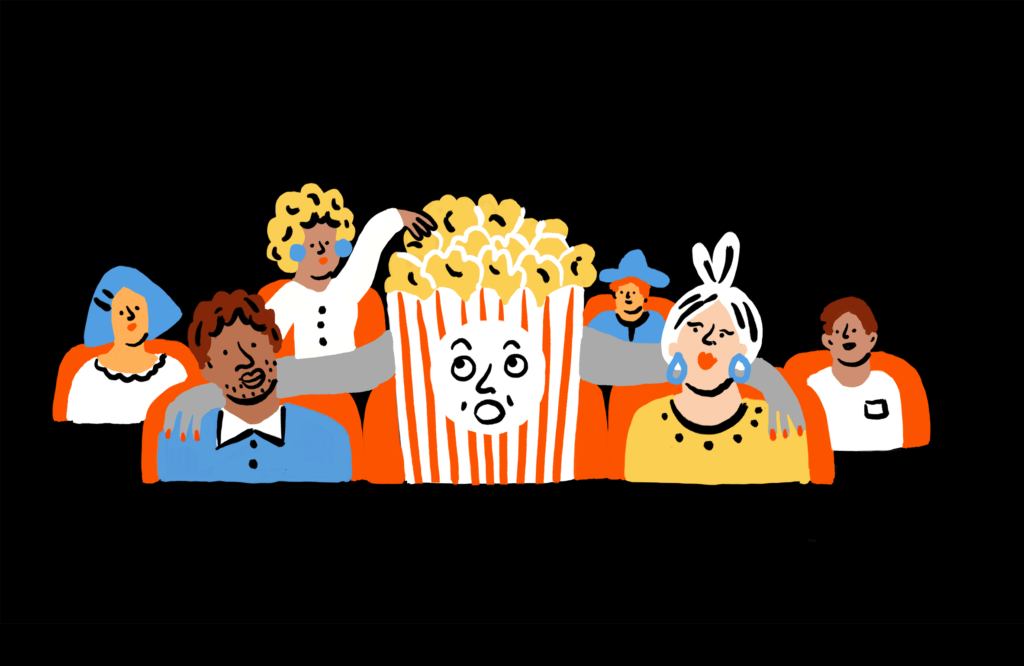 Bored of watching reruns of Friends and struggling to find movies to watch with your buds that go beyond the usual Yeh Jawaani Hai Deewani and Gangs of Wasseypur? Here are 10 films that will make your hostel movie nights a truly memorable experience for all-

Literally the poster child of all buddy movies, this film heralded a new era in Indian Cinema. As the focus shifted from the travails of the common man and the sugar rush love story of young adults, we were welcomed into a much more recognizable urban space where friendships were tested, unconventional relationships were forged and romance was given a whole new definition.

In this sun drenched saga of two girlfriends on a vacation in Spain, Woody Allen, the high priest of dark romance, welcomes us to experience friendship, morality, love, and loss. With an unforgettable performance by Penelope Cruz, this is a film that makes you gush, mush but more than anything else, contemplate the bonds that bind us and threaten to pull us apart.

A comedy of errors in the matrix of a musical with Meryl Streep as its leading lady and Abba songs as its sole music. There is nothing to not love in this film about a young woman looking for her father among her mother’s many past lovers as she prepares to get married herself against the backdrop of sunny sunny Santorini.

Remember that time when you dreamt of being in a small liberal arts college in Vermont among fall colors in the latter half of the last century? Add to the mix a fine arts teacher in the form of Julia Roberts and a group of students, each lost in their own ways, led by the ever beautiful Kirsten Dunst. This quietly moving and superbly underrated film does not have the intrigue of a Donna Tart mystery. But it does provoke us to question conventions and expectations- the ones we have of ourselves and the ones society has of us

The film that changed the very definition of buddy movies. The first film featuring the wolf pack, has a very drunk, and very lost Bradley Cooper looking for his lost best friend in the aftermath of a drunken bachelor’s party. As memories of a night gone completely wrong begin to unravel, the viewer is invited into a laughter riot as Chinese mafias and tigers start walking the street of merry old Last Vegas in this film that revolves around the search for the missing groom.

This was the film that we deserved but did not know we needed. Arguably the finest of the entire oceans series, this film follows the sister of Danny Ocean and her league of badass girls as they plan to rob a billion dollar necklace from, wait for it, THE MET GALA! With a powerhouse cast featuring Sandra Bullock and Cate Blanchett to Anne Hathaway and Rihanna, this film has all the laughs and the thrills and some truly unforgettable one liners.

What is the price of success? Is it love? Or is it friendship? Or is it something greater? Something as deep and impermeable as innocence? Zoya Akhtar’s best and first film asks these very questions as it follows the love story of two struggling actors in Bombay and their individual tryst with success and failure. But beyond the surface of how showbiz operates, the film also raises questions about the friendships that witness struggle and the ones that witness the brink of success. Which is the greater of the two? The film surely asks but also quietly chooses to not answer.

Perks of being a wallflower

Arguably the most intense film on this list, this film, yet again, follows the life of three high school friends as they navigate school, friendship, love and trauma. The film, in spite of operating in a matrix of high school frivolity makes deeply poignant statements on the enduring and cathartic quality of relationships and friendships in general. The cherry on the cake? It portrays one of the most moving depictions of mental health and its associated traumas and effects.

The perfect road movie doesn’t exi- oh wait, there’s Thelma and Louise. Starring Susan Sarandon and Geena Davis in career best performances, in an unforgettable screenplay by Ridley Scott, this film resets all the expectations of a road film. There is sex, intrigue, and laughter but there is also deep moving pathos. Oh, and don’t even get me started on the climax, just make sure that you have tissues handy.

With an Oscar winning sound-track by Eminem, 8 Mile’s the story of a struggling rapper played by none other than Eminem himself. Angsty. Mythic. Moving. Poignant. This is just the high you need to end a long day, your buddy by your side, dreams in your eyes and a cup of steaming coffee on the table beside you.