The 5 most inspiring movies to see as a student before you graduate! 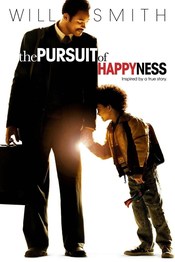 2020 has been nothing less of a disaster for everybody. But as we wave goodbye to this god awful year, here are 5 movies that are sure to ignite the dying flame of courage in the student in you!

The Pursuit of Happiness

This tear-jerker starring real life father and son Will and Jaden Smith is the very definition of an inspirational film. It follows the rags to riches template, as a man tries his best to make it big in the unforgiving corporate cityscape of New York. But what anchors this film real hard is the father-son relationship. Through poverty and immense hardship, the duo finds moments of poignant hope and happiness that makes this movie one of the most emotionally resonant films of all time.

This sleeper hit takes us into marble corridors of 1950s NASA, rife with dreams of reaching the moon and calculations to keep rockets in orbit. But this time, the story doesn’t belong to white-skinned men from New England houses. Instead, it follows the story of three African-American women, who fight racism and sexism to price their mettle in a world that deems them fit only for physical labor. A rousing story of hope, resilience, and the power of strife, it is sure to teach you that sometimes, hardships only shape you for the better.

The Theory of Everything

What’s there to not like in a story about one of the greatest scientists to ever walk the planet who fought severe nerve paralysis and became one of the greatest nuclear physicists of all time? With an Oscar winning performance by Eddie Redmayne, the emotional core of this film is formed by the poignant love story between Stephen and his first wife, Jane. This is not just the story of a scientist but also the story of Jane and how her efforts were essential to the success of her husband. Watch it not just for the story of a man fighting a life altering disease but also to see a woman trying her all to make her marriage survive in the face of all odds.

Often touted as Steven Spielberg’s masterpiece, this modern classic follows the atrocities faced by Jews in Nazi Germany. Liam Neeson plays the eponymous Oskar Schindler and his fight to retain all his Jewish factory workers and thereby save them from imminent death at the concentration camps. The violence often gets gruesome, notwithstanding the chilling performance by Ralph Fiennes, but above all, the film celebrates the indomitable human spirit that strives to survive all forms of atrocities and violence, even in moments when the world is threatened to be pulled apart by the same.

One of the most controversial ‘Best Picture’ wins of all time, this film too follows the rags to riches story of Jalal from the slums of Bombay to his triumphant million dollar win in a reality show. The gimmicky nature of most events in the film is only made believable by the fact that it is a true story. Violence, of all kinds, never deters two brothers and a girl from realizing their dreams against the landscape of cruel Bombay. And the film does finish off with the glorious message that truly there is hardly any greater teacher in this world than Life itself. Funny, poignant and moving, in the words of Roger Ebert it truly is the feel good movie of the decade!