5 Things We Learnt from the Will Smith-Chris Rock Incident 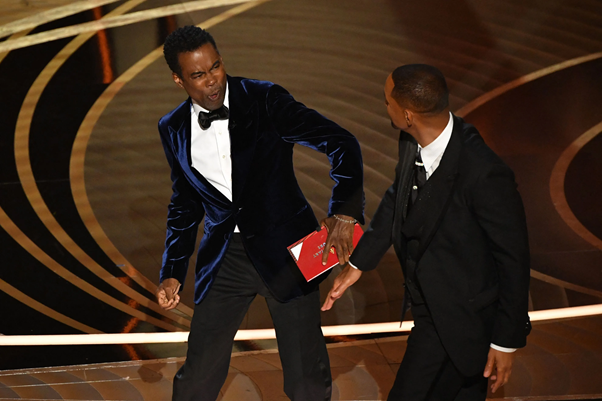 Can you guess what the talk of the town is? You guessed it right; it’s the Will Smith-Chris Rock incident at the Oscars that some media people have labelled as ‘Slapgate’.  Quite a lot of folks weren’t even aware of the Oscars taking place until this incident. It was supposed to be a special night for Will Smith, who won his first ever Oscar for his stellar performance in the movie ‘King Richard’. However, this event will be remembered for a very long-time due to all the wrong reasons – one being Will Smith not being escorted by the security out of the venue. Let’s see what lessons we can learn from this infamous incident.

Learn to Laugh at Yourself

Comedians at award-shows generally roast celebrities. Most actors know this as creative freedom is afforded to comedians, albeit with certain restrictions. Ricky Gervais, who hosted the Golden Globes for many years, was known for sparing none while raising the bar for offensive jokes. However, Will Smith took a relatively innocuous joke on his wife’s shaved head very seriously instead of letting it pass. He should have known that comedians generally roast everyone, including themselves. Both Jada and Will Smith need to get off their high-horse and learn to laugh at jokes made at their expense.

If Will disliked Chris Rock’s joke, he could have dealt with it differently instead of slapping the host. Smith had the right to get angry, but he should have considered different alternatives instead of acting impulsively. He could have respectfully communicated to Chris that he found the joke to be inappropriate and demanded an apology. Will could have informed Chris about his wife’s health condition and why he didn’t find the joke funny. Instead, he initially laughed at the joke and then reacted violently, thus causing a huge controversy.

Things escalated further when Will Smith won the award and during his acceptance speech made no mention of Chris Rock. Smith apologised to everyone except Chris. Later, however, he made a post on social media apologising to Chris, but it was too little too late. Smith’s delayed apology seemed insincere to many, and for good reasons.

This is the part where Will got it right. He stated, “I am embarrassed and my actions were not indicative of the man I want to be. I deeply regret that my behaviour has stained what has been an otherwise gorgeous event for all of us.” We can clearly see here that Will is ashamed of his action and is willing to take full responsibility. Similarly, we should also accept our mistakes and work on improving them.

Reputation Can Be Destroyed Easily

Denzel Washington eloquently remarked to Will Smith, “At your highest moment be careful, that’s when the devil comes for you,” after the incident. It takes years to build a good reputation, but just a moment of madness to destroy it all. Will Smith was cancelled from acting in many movies and TV series which were in the pipeline – thus costing him millions of dollars.

Let’s celebrate talent instead of engaging in violence.