Top 5 Players to Watch out for This FIFA World Cup 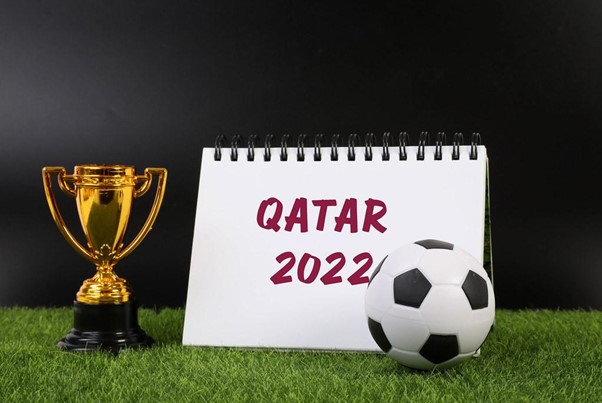 The grandest and the most eagerly awaited sporting event will be held in Qatar this year. Many football fans are already delirious with excitement and scrambling to book their flight tickets to Qatar. A unique aspect of this FIFA World Cup is that it’s being held in the middle-east – something that has never happened before. This makes it even more exciting as non-European and non-South American fans will be able to experience one of the greatest spectacles in sporting history.

Most of us have a list of our favourite footballers, and some of them won’t be making it to the FIFA World Cup as their teams have failed to qualify. However, there are plenty of world-class players that you should be watching out for. The following is a list of players that are expected to set the stage ablaze.

This man needs no introduction. The Portuguese forward is approaching the twilight of his illustrious career, but his hunger and motivation to win hasn’t diminished one bit. After all, Portugal won their first ever Euro under his able leadership. Cristiano Ronaldo’s club and international records are something that will blow our minds away. Previously a winger, Cristiano has now transitioned into a centre forward. Believe it or not, he will be playing his fifth and final FIFA World Cup this year.

If you ask fans to name the 2 footballing gods of this era, they would say Lionel Messi and Cristiano Ronaldo without a second thought. The Argentinean is the best thing that has happened to the country since Maradona. Lionel Messi has scored a whopping 81 goals for his country in just 160 appearances. He will also be playing in his last FIFA World Cup and will be keen on winning the trophy for his country. Messi is known for his unreal close-control dribbling, which has caused trauma to countless midfielders and defenders over the years.

Lewandowski epitomises all the attributes that a striker should possess. The Polish centre forward holds numerous records in the German Bundesliga because of his prolific goal-scoring. His international record is also impressive – having scored 75 goals in just 129 matches for his country. Lionel Messi stated in 2021 that Robert Lewandowski deserved to win the Ballon d’Or instead of him as he had netted 43 goals that season for his club, Bayern Munich.

The Croatian midfielder was instrumental in his country’s more than impressive performance at the Euros. Luka Modric and Toni Kroos are the midfield engines of their club, Real Madrid. They were instrumental in Real winning three UEFA Champions League trophies back-to-back. A technically adept midfielder, Modric is known for dictating the tempo of the match by controlling possession from the middle of the pitch. If you’re a football fan, then you simply cannot afford to miss watching this creative midfield maestro in action during the FIFA World Cup.

Out of all the aforementioned players in the list, Sergio Busquets is the only one who has actually won a FIFA World Cup. He helped Spain win the 2010 FIFA World Cup and has also aided his club, Barcelona in winning numerous trophies. The Dutch legend Johan Cruyff remarked, “Positionally, Sergio Busquets seems like a veteran with or without the ball. With the ball, he makes what is difficult look easy; he disposes off the ball with one or two touches. Without the ball, he gives us a lesson; that of being in the right place to intercept and running just to recover the ball.”

So, which team or player are you planning to support in this FIFA World Cup?